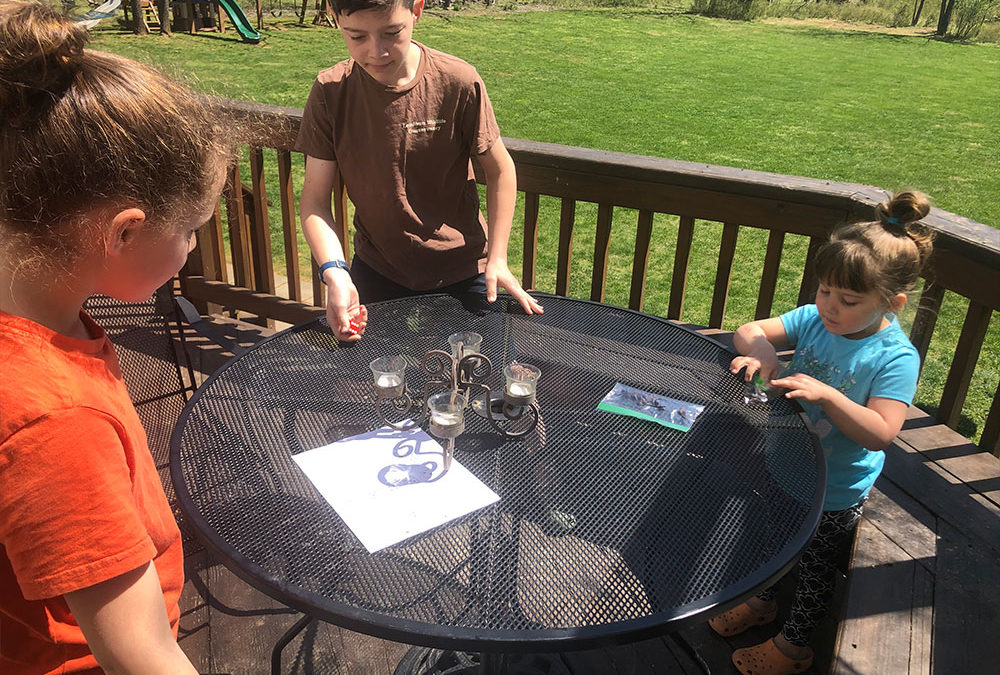 This game game to us from Ms. Erin, Annika’s teacher. Totally flexible and adaptable to any location or age. Get a die, fill out the chart with rules for what to do for each number. Kids take turns rolling the die and doing whatever you have written next to each number.

Tips: Have everyone involved somehow on each roll. Have one designated as snack–but make sure each kid has their own baggie to pull from on his or her turn, otherwise, “he got more!” grievances will be filed.

* The song goes like this:
Down by the bay, where the watermelons grow…
Back to my home, I dare not go…
For if I do, my mother will say:
“Have you ever seen a duck, driving a truck, down by the bay?”

Go Easy On Yourself

Fill in the pdf with your own rules for each roll, or print it blank and write in. If you don’t have a die handy, you could have them pull numbers written on paper from a bag.