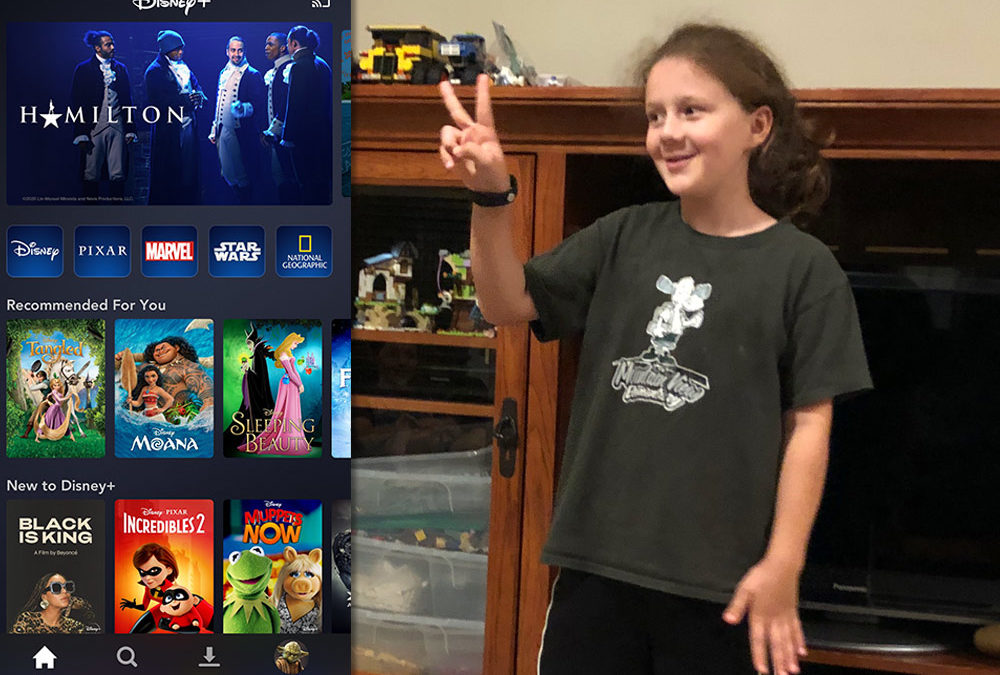 Rather than writing movie titles (and then having the problem of a non-reader), I opened up the Disney+ app and had the kid pick a movie to act out. The older kids got the idea of “two words” … “first word…” and doing it traditional charades-style, and the little one could visually identify a movie and act out a character from it. Or, we had her pick an animal from a movie to act out. (When left to choose her own thing to act out, it took us a good 15 minutes to figure out Annika was acting out “wood” so having a guide was helpful for everyone!)